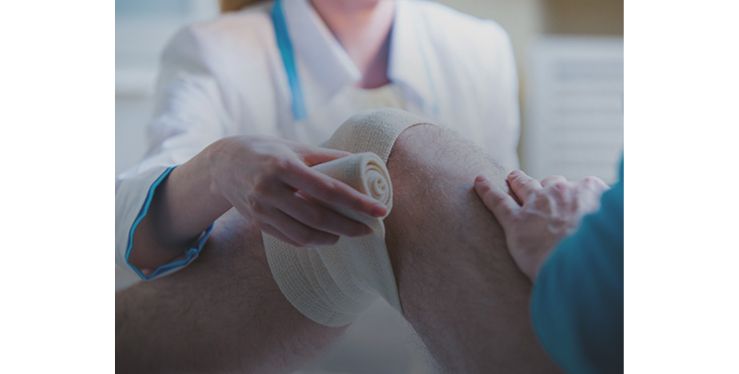 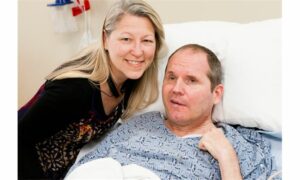 As a commercial Boeing 757 pilot, Matthew H. was responsible for carefully guiding 255,000 pounds of metal through the air at 600 mph. He did it well, and he did it with precision. But the accident that would prove to be the life-changing event for Matthew didn’t involve giant aircraft hurtling through space. The things that changed his life on a balmy Bahamian night on Dec. 12, 2013, was a motorized scooter and a pothole.

Matthew was preparing a meal for dinner guests he was expecting soon. He realized that he didn’t have enough food, so he hopped on his scooter to make the quick trip to the local market, a trip he had made hundreds of times. His front tire hit a pothole throwing Mathew from his scooter. He hit his head on the pavement, crushing a third of this skull as he was not wearing a helmet.

Mathew was stabilized at a local hospital, and was later air-lifted to Jackson Memorial Hospital in Miami where they were better equipped to care for him. Despite the cranialplasty the doctors performed, he fell into a five-month coma. When he eventually regained consciousness, Matthew was unable to speak, moved very little, and didn’t seem to recognize anyone at all. (Curiously, he did respond to pictures of 757 jets.) The doctors at Jackson Memorial told Matthew’s sister, Jolin, that he would probably never walk or talk again.

Jolin wasn’t having any of that. She took it upon herself to become her brother’s caretaker and healthcare advocate, a not insignificant role that often had her in hard negotiations with insurance companies and healthcare facilities, in addition to caring for her brother day-to-day. “I taught him to walk when he was a baby, I’ll teach him to walk again now as an adult,” she vowed.

The two sought out the best rehabilitation facilities in the country for Matthew’s care. Their odyssey took them to facilities in Florida, Illinois, Nebraska, New Mexico and California. It was in San Diego where they met Dr. Harish Hosalkar, the director of the Traumatic Brain Injury program at the San Diego Spine & Joint Center at Paradise Valley Hospital.

Dr. Hosalkar is a neuro-muscular orthopedic surgeon who has vast experience treating patients with traumatic brain injuries with associated spasticity. He is also trained in traumatology and complex fracture care, hip and pelvic reconstruction, and limb-deformity correction.

Dr. Hosalkar determined that Halstead had, in addition to his brain injury, multiple deformities, contractures and scarring of his left ankle, knee and hip. He also had extensive damage to his left elbow, wrist and hand, and nerve compression of his left shoulder.

Dr. Hosalkar scheduled a series of surgeries for Matthew at Paradise Valley Hospital to address all of these injuries. Matthew recently had his first surgery, and later spent some time to recover at the Paradise Valley’s Spine & Joint Center followed by rehab at the hospital’s South Bay Rehabilitation Center.

The first surgery was a success: The deformities of his left foot and ankle have been corrected, and there is significant improvement of his lower extremity movement and function.

“When I speak with Dr. Hosalker, I can see that I have his undivided attention,” Jolin said. “He is so knowledgeable and confident in his abilities that he is able to be creative and look outside of the traditional treatments. Dr. H. is the quintessential team member, and I knew immediately that I wanted him on my team.”

Jolin added, “Everyone at the hospital works together cohesively, and they’re all dedicated to each other and their patients,” she said. “We’ve been to a lot of places, and this kind of teamwork is not as common as you would think. It’s the people here, more so than the facility, although it’s a wonderful facility.

“This is the best place we’ve been at, and we’ve been to a lot. They treat Matthew and me as if we were their own family.”