Janet Caceres – A Celebration of Life 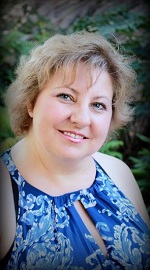 With heavy hearts, we are saddened to announce the passing of our dear friend and colleague, Janet Caceres, chief financial officer of Paradise Valley Hospital. She passed away on Oct. 12, surrounded by family in her home in Chula Vista, after battling cancer. Janet is survived by her husband Leonidas, daughter Annie and son-in-law Devin, son Matt; and her father and two sisters. Janet lived life to the fullest, and treasured her growing family.

Janet received her bachelor’s degree at Walla Walla College in Washington, then a CPA and MBA at the University of Colorado in Denver. In 2006, Janet was a member of the Adventist Health System transition team, and was an instrumental leader in the conversion of Paradise Valley Hospital to Prime Healthcare Services. The hospital was then privileged to have her join the executive team in 2007. She had previously spent 17 years with Adventist Health System—including a number of years at the corporate level—rounding out a full professional life in healthcare.

Janet also was actively involved in the Clairemont Seventh-Day Adventist Church serving as treasurer and volunteering her time to help out with a myriad of church outreach activities. Her Christian faith allowed her to face death like she faced life, with a positive and trusting spirit.

Paradise Valley Hospital celebrated Janet’s years with the hospital by planting an orange tree in her honor; Janet chose the tree to be representative of something useful and nourishing. During the Sept. 30 ceremony, where Janet attended, she light-heartedly named the tree “Gloria Valencia” after her favorite actress Gloria Swanson and the Valencia tree variety. As a child, Janet used to pretend she was a banker, while pretending to be her adored film star.

A Celebration of Life Service is planned for Saturday, Oct. 17, at 3 p.m., at the Paradise Valley Seventh-Day Adventist Church, 2701 E. 8th St. in National City. In lieu of flowers, you may pay tribute to her life of service by making a donation to the humanitarian organization, Adventist Development & Relief Agency (ADRA).

For those planning to attend the service, it was Janet’s expressed wish that everyone wear “white and bright colors”.