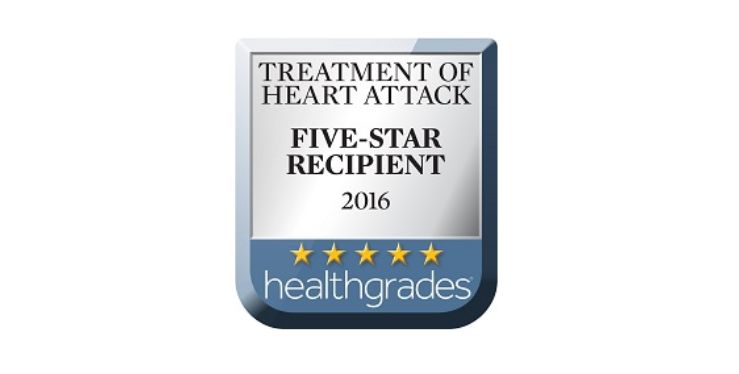 Paradise Valley Hospital today announced that it has achieved five stars for its performance in treatment of heart attack for four years in a row (2014-2017) from Healthgrades, the leading online resource helping consumers make informed healthcare decisions. Every year, Healthgrades evaluates hospital performance at nearly 4,500 hospitals nationwide for 34 of the most common inpatient procedures and conditions.*

Paradise Valley Hospital was also named a Five-Star recipient for:

A five-star rating indicates that Paradise Valley Hospital’s clinical outcomes are statistically significantly better than expected when treating the condition or performing the procedure being evaluated.

“Paradise Valley Hospital continues to garner national recognition in quality and safety—and specifically in the treatment of heart conditions,” said Neerav Jadeja, hospital administrator. “In fact, Paradise Valley is the only San Diego hospital to be named among the top 50 in the U.S. for heart failure by Becker’s.”

This achievement is part of new findings and data released today by Healthgrades and is featured in the Healthgrades 2017 Report to the Nation. The report demonstrates how clinical performance continues to differ dramatically between hospitals regionally and nationally. This variation in care has a significant impact on health outcomes. For example, from 2013-2015, if all hospitals as a group performed similarly to hospitals receiving five stars as a group, on average 223,412 lives could potentially have been saved and 162,215 complications could potentially have been avoided.**

*For its analysis, Healthgrades evaluated approximately 45 million Medicare inpatient records for nearly 4,500 short-term acute care hospitals nationwide, assessing hospital performance relative to each of 32 common conditions and procedures, as well as an evaluation of comparative outcomes in appendectomy and bariatric surgery using all-payer data provided by 18 states. Healthgrades recognizes a hospital’s quality achievements for cohort-specific performance, specialty area performance, and overall clinical quality. Individual procedure or condition cohorts are designated as 5-star (statistically significantly better than expected), 3-star (not statistically different from expected) and 1-star (statistically significantly worse than expected) categories. The complete Healthgrades 2017 Report to the Nation and detailed study methodology, can be found at www.healthgrades.com/quality.
**Statistics are based on Healthgrades analysis of MedPAR data for years 2013 through 2015 and represent 3-year estimates for Medicare patients only.