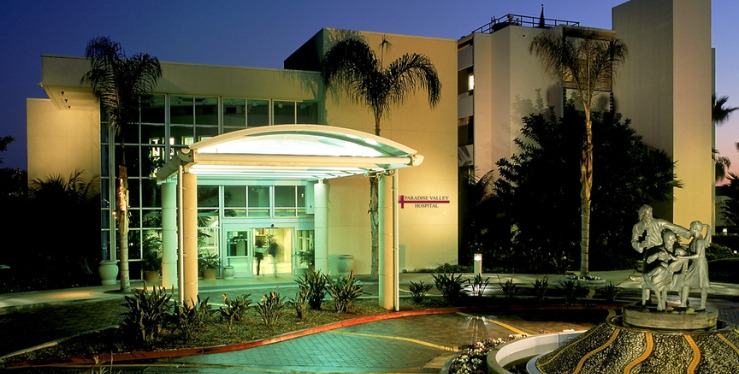 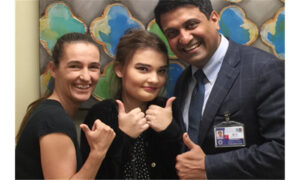 Alexis P. was barely able to bend her right knee. The 19-year-old walked with a pronounced limp and suffered from chronic pain due to several tumors behind the knee and along her leg on her femur and tibia. The tumors also compressed her nerves and affected her blood flow. Her life has been a daily ritual of pain, limited motion, and functionality since she was a young child.

Alexis suffers from a rare bone disease called Multiple Osteochrondomatosis (MO), also commonly known as Multiple Hereditary Exostosis (MHE). This disease occurs mostly in children and causes spurs or boney tumors to develop on the child’s bones. These non-cancerous tumors develop with their own cartilage, and they grow outward from the metaphyses or “growth plates” of the child’s longer bones, such as the bones in the legs. The severity of the disease varies widely from person to person. Some may have just a small amount of tumors, but most people with this condition develop many more, some in the hundreds.

MHE is a mostly genetic disorder that affects one out of every 50,000 people. It is a “genetic autosomal dominant” hereditary disorder, which means that a person with MHE has a 50% chance of passing this on to his or her children. Although this is mostly a congenital disease, roughly 10%-20% of the people who have it developed it via a spontaneous mutation.

These tumors can cause numerous problems, including nerve and blood vessel compression; irritation of tendons or muscles, which result in pain and limitation of motion; skeletal deformity; short stature; limb length discrepancy; chronic fatigue; and arthritis. There is also a 2%-5% risk over a lifetime that the tumors would eventually turn malignant.

Alexis and her family came to Dr. Harish Hosalkar, an orthopedic surgeon based in San Diego and affiliated with the San Diego Spine & Joint Center at Paradise Valley Hospital. Dr. Hosalkar also sits on the scientific and advisory board of the national MHE Research Foundation, and he has over 20 years of experience treating patients who have suffered from MO/MHE.

He performed complex tumor excision and reconstructive surgery on Alexis that lasted several hours, carefully removing all of her tumors while protecting her nerves, arteries, veins, and muscles. Her later recovery at the Spine & Joint Center included extensive physical therapy and rehabilitation.

A few months later, as a result of her care under Dr. Hosalkar, Alexis is now moving with significant improvement in mobility and function, virtually pain-free and without the need for braces or orthotic aids. Her gait has been normalized, and she has a virtual full range of motion in her knee with no instability.

“Alexis’s trust in Dr. Hosalkar is complete and unquestioned,” said Alexis’s mother Veronica S. “His mere presence calmed Alexis down before the surgery. That meant so much to me as a parent.”

Veronica added, “In our humble opinion, Dr. Hosalkar and his team at the San Diego Spine & Joint Center represent what should be the standard for patient care.”